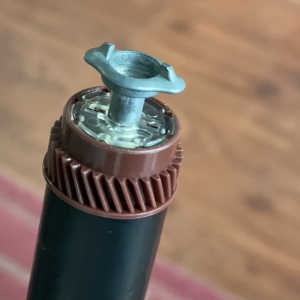 Canon and the U.S. International Trade Commission (USITC) are at loggerheads over a decision made by the USITC in 2019. Oral arguments between Canon and the ITC were heard in a 35-minute-long teleconference hookup on April 10 before the U.S. Court of Appeals for the Federal Circuit.

The USITC determined in May 2019, that aftermarket suppliers of certain printer cartridges, being Aster, Ninestar, Print-Rite, LD Products, and The Supplies Guys, “did not infringe Canon’s patents and there was no violation of Section 337 of the Tariff Act of 1930.”

On May 31, 2019, Canon appealed the U.S. International Trade Commission’s final determination terminating Investigation No. 337-TA-1106, which pertains to certain toner cartridges and photosensitive drum units sold for use in Canon and HP laser beam printers. Canon believes that the final determination was based on an overly narrow and legally erroneous construction of Canon’s patents, and through this appeal, the U.S. Court of Appeals for the Federal Circuit will review the construction de novo, without deference to the ITC.”

According to Law360, Michael P. Sandonato (representing Canon) argued that despite the coupling on the cartridge having a patented pivoting tilt, which means it is able to “move axially”, the non-pivoting design used by aftermarket supplies in their compatible products should also be considered to be part of the patent. “The specification of the invention,” he said, “indicates the angle of the coupling member’s movement ‘should be small.’ Zero is an angle, and a ‘small-angle encompasses no angle,” he argued.

Sandonato added, “We’re asking [the circuit court] for a claim construction that would include a zero-degree angle, a type of movement in which the coupling member doesn’t tilt at all and only moved axially. That’s consistent with the plain meaning of the claims here.”

Canon has also argued that the USITC’s Judge Lord had improperly used the patents’ written description, instead of the claims, to define the invention. Canon asserted the judge wrongly changed the scope of the claims and made them different from what Canon applied for and the U.S. Patent and Trademark Office allowed.”

The case is titled, “In the Matter of Certain Toner Cartridges and Components Thereof” and is case number 19- 1950, in the U.S. Court of Appeals for the Federal Circuit.